240th Anniversary of the March to
American Independence
August  28th, 2021

was celebrated along the D&R Canal in Franklin Township
8 Miles of Canal Road opened up for walking, biking, and Revolutionary War reenactors
Please click here for coverage by Princeton TV

GRIGGSTOWN, NJ (July 20, 2021) –The Millstone Valley Preservation Coalition (MVPC) is teaming up with Franklin Township on August 28th to commemorate the 700-mile victory march of American and French troops along the Millstone River 240 years ago. Thousands of troops under the American General, George Washington, and the allied French General, Comte de Rochambeau marched through New Jersey in August 1781 on their way to the final major victory in the Revolutionary War in October at Yorktown, Virginia.

The march is memorialized by the National Park Service’s Washington Rochambeau National Historic Trail that stretches from New England to Virginia. The trail follows public roadways such as River Road in Hillsborough and Montgomery, and Canal Road in Franklin Township. Troops crossed the river twice, at the one-lane Griggstown Causeway bridge, and again at Route 518 near Rocky Hill.

For this event, Canal Road in Franklin from Amwell Road to Route 518 will be closed to through traffic from 10 AM to 4 PM on August 28 to encourage walking and biking on the narrow road. A half-mile section between Butler Road and the Griggstown Causeway will remain open as usual to permit east-west traffic to cross the Millstone River

In the morning, a Trenton-based group will interpret the First Rhode Island Regiment, a mixed-race American unit that marched the trail and fought at Yorktown. In the afternoon, two reenactors will interpret the French Officers Rochambeau and Chastellux, who led allied French troops who played a crucial role in the American victory. A third reenactor will interpret George Washington on horseback, beginning at about 1pm. See their photos below.

The event will be one of several 240th anniversary events organized in conjunction with the National Washington Rochambeau Revolutionary Route Association (W3R-US), a non-profit partner to the National Park Service, and its local New Jersey chapter. Also on August 28, the William Trent House in Trenton will be hosting a large American and French reenactor event. Both events will occur throughout the day, and organizers encourage the public to spend the morning at one event and the afternoon at the other.

“This is a great opportunity for local residents to enjoy a scenic and historic roadway without the danger of fast-moving cars on the narrow road,” said Brad Fay, President of MVPC, which is the sponsor of the Millstone Valley National Scenic Byway that follows the same route. “We are grateful to Franklin Township for creating this fantastic outdoor recreation opportunity for the public.”

Franklin Township will be hosting its occasional “Walk and Roll” event along the route between Amwell Road and Route 518, and Franklin police has organized a “Bike with Cops” event. In addition, reenactors will be present in the Griggstown village. 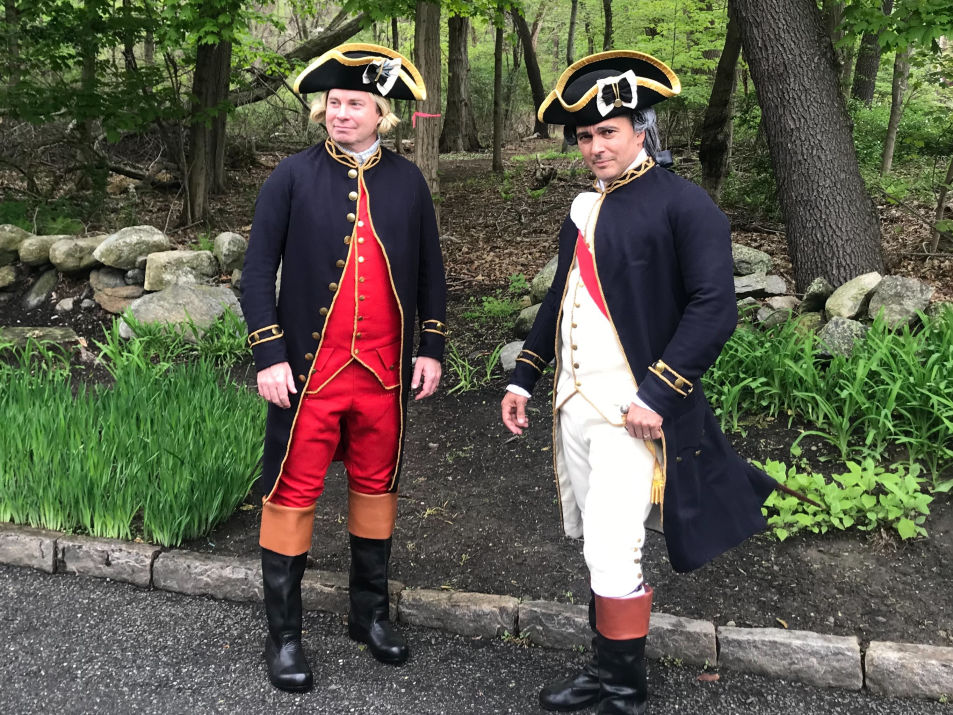 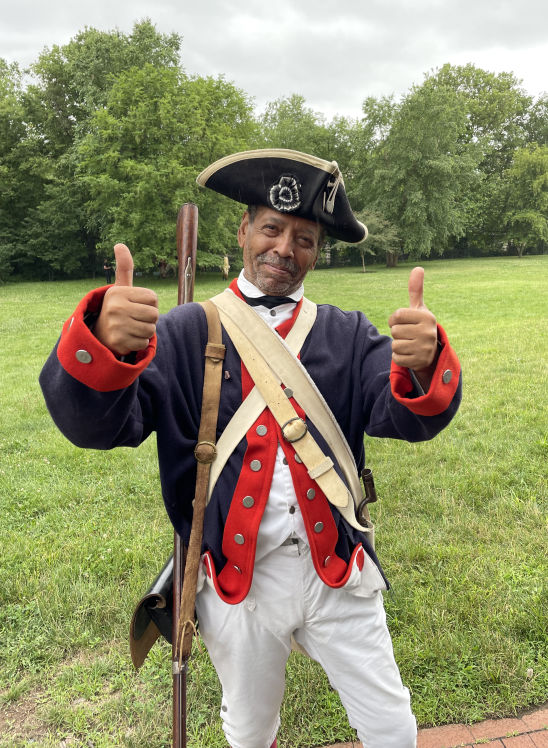 At left: French officers will be reenacted by two New York schoolteachers, Keith Reilly and Rob Buccheri, who will reenact generals Chastellux and Rochambeau, respectively.

Koopman has portrayed Washington in documentaries shown at state and national parks, on television, and for national theatrical release, including the “Mount Vernon Revolutionary War 4D Experience” film (2017); the Monmouth Battlefield State Park Visitors Center film (2013); “The American Revolution” for the American Heroes Channel (2014), and “America” (in theaters, 2014). His book, “George Washington at War – 1776,” is available on Amazon. 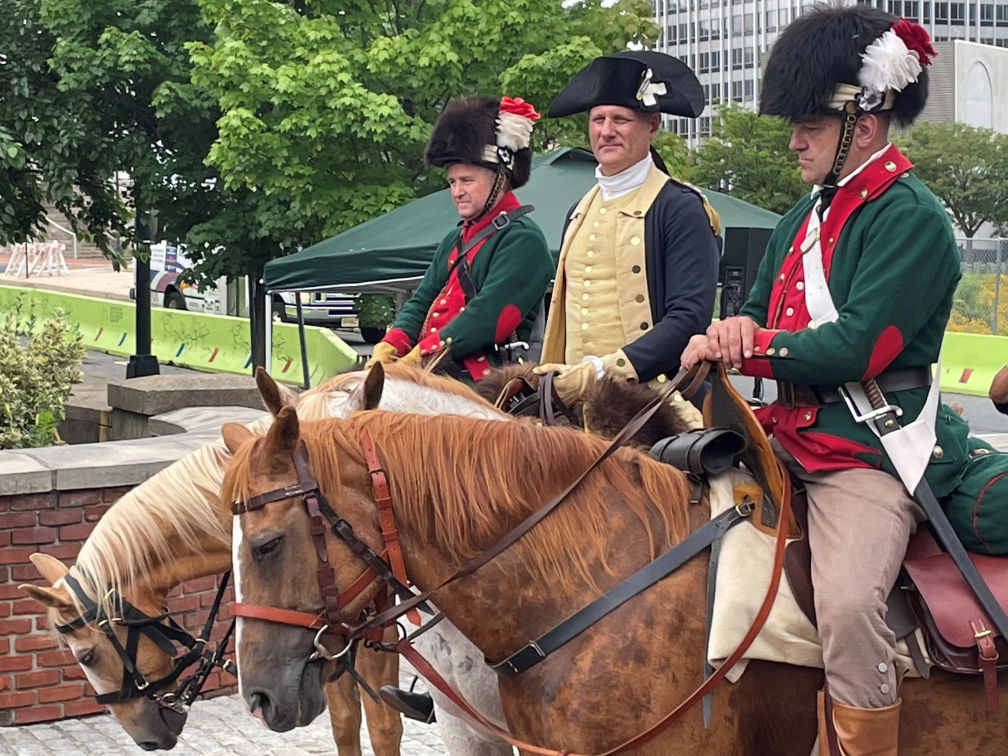 Revolutionary War flags heading this page, from left to right 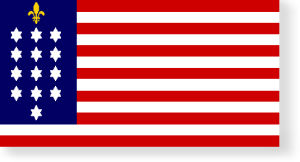 The French Alliance Flag: In 1781 and 1782, in honor of the end of the American Revolutionary War and the help of France in that conflict, a special U.S. Flag appeared. It consisted of 13 red and white stripes with a very long (11 stripes long) canton bearing either 12 or 13 white stars and a gold fleur-di-lis. The stars are shown in contemporary illustrations either as 5 pointed or as 6 pointed in rows of three (with a single star below if there are 13) and the fleur-de-lis at the top.